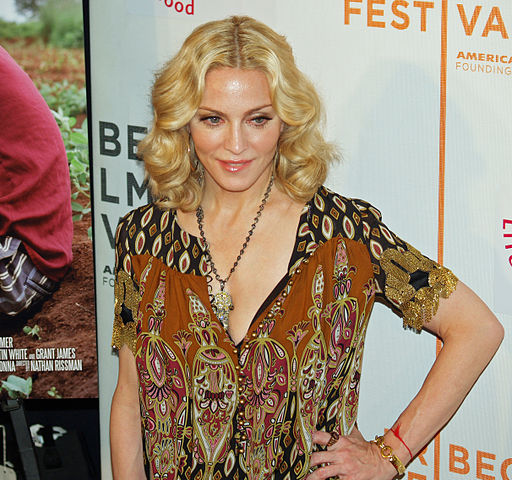 Madonna is perhaps one of the few entertainers who live up to their title. She is an accomplished singer, songwriter, business mogul, brand ambassador, actress, and most recently, documentary film director and producer.

In this photograph, Madonna is captured arriving at the premiere of her documentary I am because We Are, a film that narrates the plight of the children of Malawi who become orphans because of the prevalence of HIV.

She is seen here with an ethnic top. The pattern is pretty much reminiscent of paisley on an earthy palette. On her chest is what looks like a golden hamsa pendant hanging from a beaded chain. She left her top unbuttoned down to the chest to show off the necklace. On her wrist is a gold watch as well as a red Braid For Aids charm bracelet, an accessory which shows support for people suffering from the disease.

Her blonde hair was kept down, loose and wavy, showing off her natural makeup. Despite being known for her extravagant outfits, designer label clothing, and high profile appearances, the icon kept it appropriately simple and understated for this event to place all the focus on her documentary as well as its subjects. 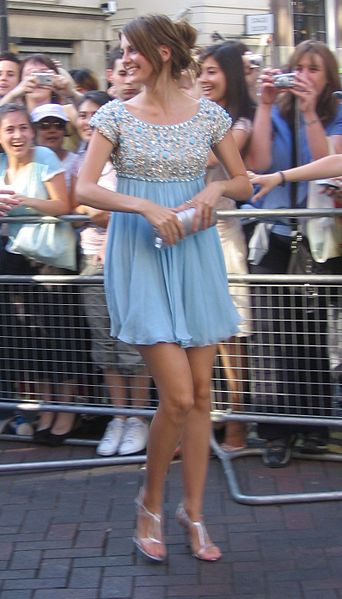 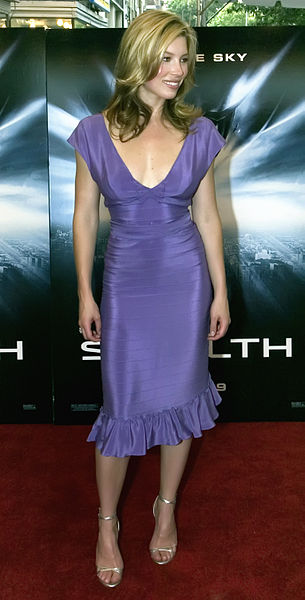